The YMCA of Los Angeles has seen a marked improvement in the literacy of its preschoolers after implementing a new curriculum for alphabetic and phonics learning.

When Alessandra Pinheiro, Senior Director of YMCA of Metropolitan Los Angeles, met a representative of Zoo-phonics, Inc. at an educator’s conference in Pasadena, she had no idea she was going to change the literacy rates for hundreds of preschoolers in the Los Angeles area.

YMCA of Metropolitan Los Angeles operates 24 locations, with nine hosting preschools. Most of these kids are native Spanish speakers, with Spanish being the primary— and often only— language spoken in the home.

When Pinheiro took the YMCA Program’s helm in 2014, she noticed there needed to be an improvement in how the alphabet, phonics and early reading was taught in order for the YMCA Program to boost the literacy levels for the children.

“The majority of our kids would be able to identify the capital letters, but they wouldn’t be able to associate them with their sounds. It just didn’t mean anything to them,” says Pinheiro.

The timing for her introduction to the Zoo-phonics Mnemonic and Multisensory Language Arts Program was serendipitous, as the company was looking to conduct additional studies on the effectiveness of its language arts program with low income, limited English speaking preschoolers. Pinheiro implemented the Zoo-phonics Program into five of the nine YMCA preschool locations, and agreed to participate in a research study conducted by E3 Research. She and her staff were more than impressed when the results became evident in the organization’s early learners.

“Within three to six months of use, we noticed huge developmental progress across all the sites that used the Program,” says Pinheiro.

Zoo-phonics is a mnemonic and multisensory phonics-based program that uses a lively cast of animals from all over the world. A highly effective series of mnemonics is used in order to introduce and reinforce new learning of the lowercases alphabet – as the foundation for reading, spelling and writing.

Another aspect that sets Zoo-phonics apart and makes it extremely effective is the physical activity used in the teaching and learning of the letters and their sounds. Children love to play, and they learn most efficiently at these young ages while engaged in play. Because of the activity involved, including the Zoo-phonics Program’s use of gestures, called Body Signals that help children retain what they’ve learned, Pinheiro has seen entire classrooms excel together, boys and girls alike. “It’s very easy to keep their attention because it’s so active,” Pinheiro says.

Behind all the fun, games and body wiggles are real success stories and comparative results, and YMCA of Metropolitan Los Angeles has seen it firsthand. The locations that implemented the Zoo-phonics Program were compared to locations that did not yet have it available. Torrance was one of the locations without the Program. “The numbers were obvious,” says Pinheiro. “There was such a big difference, and now we’re putting Zoo-phonics in that location.” 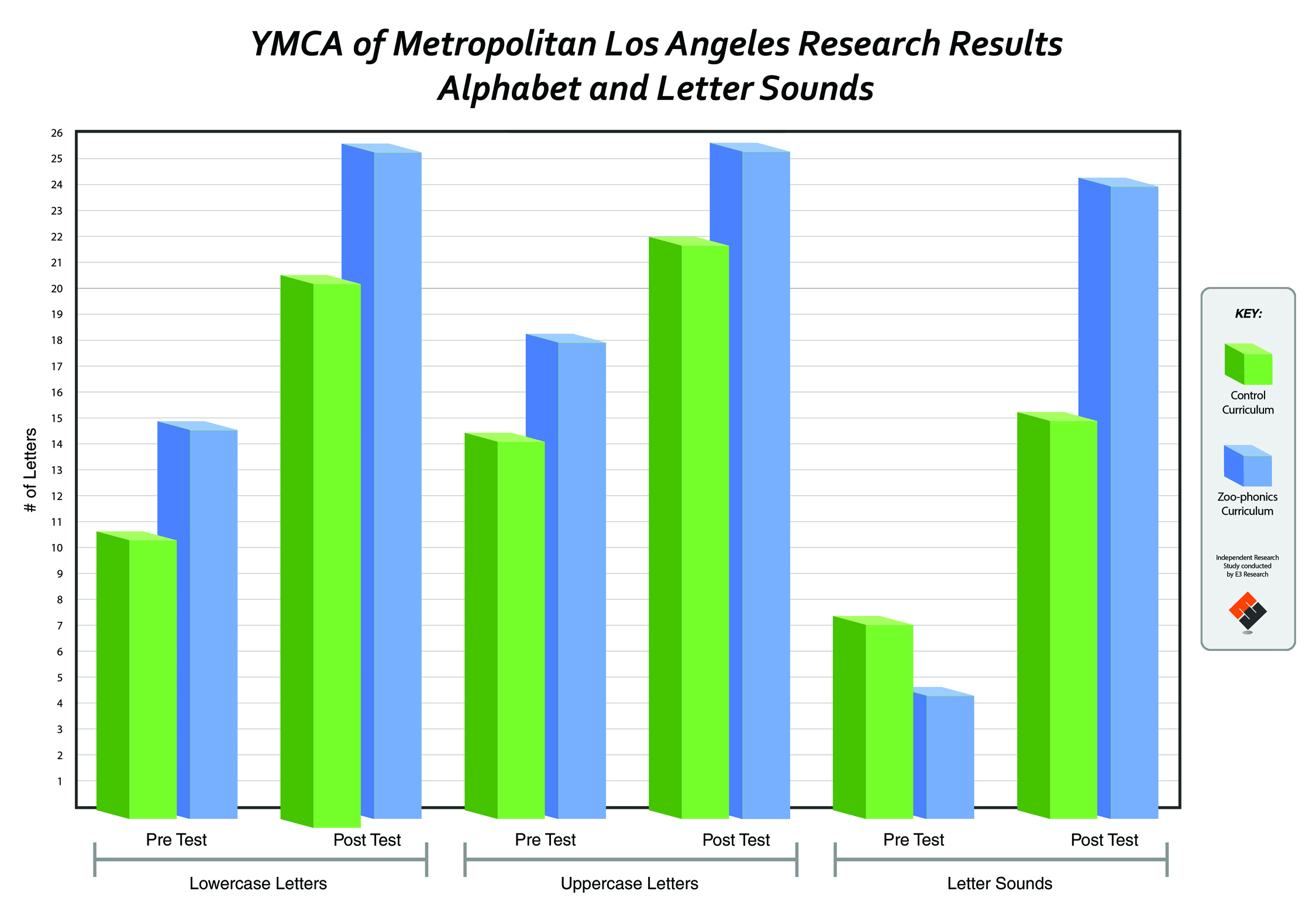 Besides adding a program that was inviting and efficient for children, Pinheiro wanted to try a program that wasn’t too demanding on teachers. “Zoo-phonics was the perfect balance because it is easy to learn, and the instructors could still use Zoo-phonics alongside our other curriculum,” explains Pinheiro. “For my teachers who don’t have English as a first language, it was a little tougher.” To counteract a potential language struggle for the adults, Pinheiro encouraged her instructors to participate in Zoo-phonics workshops, and made herself available to provide additional support.

The extra effort has yielded favorable results, as the teachers at the various sites have been excited to use the Zoo-phonics Program. “Once you master something, you want to learn more,” adds Pinheiro. Her fantastic team of site directors and teachers has been an incredible support to the success of the students while using Zoo-phonics.

The improvements for both teachers and students has caused a ripple effect throughout YMCA of Metropolitan Los Angeles, with the organization adding the Zoo-phonics Program to another site this year, and plans to include the Program across all nine preschool sites, pending time availability and budget.

“It’s such a unique, physical and playful way to introduce the alphabet and phonemic awareness,” says Pinheiro. “The teachers are happy with it, the students love it, and literacy levels are greatly improving. We are very pleased with the results.”